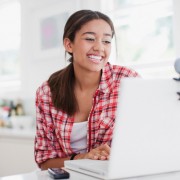 The prevalence of social language impairment is about 7.7% in children of ages 3-17 years. Children with social communication disorder struggle with effective communication. They may not understand when to respond during a conversation.

Others may not know when it’s better for them to keep quiet. Children with social communication disorder (SCD) also lack a good sense of private space. They may not be aware of how close or far to be from a person they’re communicating with.

For a more in-depth understanding of the condition, let’s first define what it is.

What Is Social Communication Disorder?

Social communication disorder is also known as semantic pragmatic or pragmatic language impairment. It’s still a relatively new condition, and some specialists classify it under autism. The symptoms of SCD closely resemble those of autism.

Social communication is more than the spoken word. It encompasses social recognition, non-verbal communication, language processing, and pragmatics. Individuals with SCD struggle with the use of different components of language like syntax and vocabulary.

SCD affects children in three major areas. These are social understanding, social interactions, and pragmatics. The latter refers to the use of language in its proper context.

A child with SCD doesn’t understand the difference in the tone when addressing a baby than an older adult.

Every child wants to make friends, but some find it hard to fit in. They can take a long time to learn how to make social conversation. Sometimes, getting along with others can be an ongoing challenge.

These are just some of the early warning signs of social communication disorder in a child. Other symptoms include

A child who has SCD will also exhibit signs of delayed milestones right from an early age. Although the delays might emerge early, they might not be diagnosed until later.

How Does SCD Differ from Autism?

In the past, specialists haven’t been able to draw a line between Social Communication Disorder and autism. The symptoms of the two conditions are closely similar. However, for children with autism, there’s repetitive r disruptive behavior like

Any disruption to the routine the patient is used to results in outbursts coupled with aggression. Children who were previously diagnosed with autism but didn’t display the above symptoms should be reassessed. The real issue with the children could be social pragmatic communication disorder.

As mentioned before, most of the symptoms of SCD overlap with those of other conditions. This in itself complicates diagnosis. It explains why some children were wrongfully diagnosed with autism.

The diagnosis was per the previous Diagnostic and Statistical Manual.

The tests should take into consideration age, expected stage of development, and cultural norms. The speech specialist should be able to determine if the child can:

The other thing should entail ruling out autism. This is important because of the overlapping symptoms and behavior challenges. However, what’s important to note is that SCD lacks restrictive and repetitive behaviors common in autism.

For example, in autism, a child may feel the need to do things the same way every day. They want to eat the same foods every day or arrange their crayons in a specific way. With social communication disorder, these behaviors are not present.

There isn’t any known cure for SCD, but there are treatment options available. Speech and language pathologists have developed treatment approaches for communication conditions like SCD. They are trained to help children develop communication skills.

The treatment approach used should be specific to an individual. It should focus on functional improvements concerning communication skills. More specifically, the goals of SCD treatment include

For more effectiveness in treatment, it’s recommendable to include family members. Therapists may also work together with teachers, special educators, vocational counselors, and psychologists. An all-rounded approach to treatment provides consistent practice for various social situations.

Some of the tools used in treatment include augmentative and alternative communication (AAC). This entails supplementing speech with objects, drawing, or pictures. Therapists may also employ computer-based instruction.

Lastly, treatment may also involve social skills groups. These incorporate instruction, feedback with peers, and role-playing. Through the groups, a child is aided to script responses for the initial moments of a conversation.

Social communication disorder is a condition that inhibits a child’s ability to communicate. For a long time, it was misdiagnosed as autism. Recent studies show that there are significant differences between the two conditions.

A child with SCD displays challenges in taking turns in conversions. They are also unable to relate conversation to the context. However, they differ from children with autism in that they don’t show aggression.

In administering treatment for SCD, it’s recommendable to involve the family. Experts like counselors, teachers, and psychologist should also be in the picture. This provides an all-rounded treatment approach that helps a child improve rapidly.

Acceptance of children with SCD and their inclusion in social activities is the first step towards their recovery. If you have any questions about speech therapy and problems, be sure to contact us. 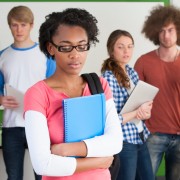 If you suspect that your child might have a social pragmatic disorder (or social communication disorder), you probably have a lot of questions.

Social pragmatic communication disorder is a diagnosis, and it’s gone by many different names in the past.

This disorder is characterized by the difficulty with the use of spoken language in socially appropriate ways. Children with SCD may be able to pronounce words and construct sentences, but they will struggle to hold conversations. This can make it difficult to make friends and perform well in school.

Let’s break down SCD as a disorder–and how you can find help.

What Is Social Pragmatic Disorder?

So why is it called social pragmatic disorder? Children with SCD have trouble with pragmatics, which are the underlying and unspoken rules of spoken language. The pragmatics of language include changing the way you speak in different situations, altering the tone or loudness of your voice, and understanding social cues in speech.

Clients with SCD might not understand how to hold a conversation. Some of them might talk too much and interrupt frequently, while others might not talk at all.

People with social pragmatic disorder will often have difficulty mastering these verbal and non-verbal communication skills:

This has nothing to do with the way the children were raised or how they were taught manners by their parents. For reasons that still aren’t clear, people with social pragmatic disorder struggle to learn how to use language in a socially appropriate way.

How Is It Different from Autism?

Social pragmatic disorder was only recognized as an official diagnosis in 2013. The American Psychiatric Association (APA) added it to the Diagnostic and Statistic Manual of Mental Disorders (DSM) in an effort to bring light to the condition. For years it was considered a symptom of language impairment, a sign of autism spectrum disorder, or a different developmental disorder.

Autism also involves difficulty with social communication, but it also involves restricted and/or repetitive behaviors. Before a diagnosis of SCD is reached, an evaluation must rule out autism.

Making this distinction can be difficult because many behaviors overlap between autism and SCD. In fact, SCD can occur alongside other disorders including learning disabilities, speech sound disorder, and ADHD. You should always consult a professional for an official diagnosis.

It’s not clear exactly what causes social pragmatic communication disorder. These kinds of disorders occur in about 5 to 15 children per 10,000 births–but it’s unclear how many of these include SCD as a diagnosis. Because it overlaps with so many other disorders, the cause and prevalence of SCD are unknown.

It’s thought to be a neurodevelopmental disorder that affects the brain’s right hemisphere. This may make it more difficult for individuals to process both verbal and visual information at the same time. It may also be related to challenges with executive functioning.

What Are the Next Steps If Your Child Is Diagnosed?

Symptoms are most often present in early childhood, but they may not be recognized until years later. If you think your child exhibits signs of SCD, take them to a physician or a psychologist for an official diagnosis.

You can also seek out a speech-language psychologist, or a speech therapist. They will do the following:

The goal of this testing is to analyze your child’s verbal and non-verbal communication in different settings. This will help identify whether these skills are underdeveloped or affecting your child’s ability to learn and form relationships with others.

Once you’ve gotten an official diagnosis, you can start thinking about treatment for social communication disorders.

Activities You Can Do at Home

While getting professional help is the best step to move forward, there’s more that you can do at home to encourage social communication skills. Just make sure that you’re discussing goals with your child’s therapist and guiding your activities to meet those goals. Here are a few examples:

Play some games that help your child practice taking turns. This could be as simple as tossing a ball back and forth or repeating words or sounds. Start with just you and your child before you move on to other people.

Read books and stories aloud to your child. Encourage them to engage with the material by asking open-ended questions like: “What do you think about what this character did?” Focus on emotions or feelings, such as what a character in a story might be feeling and why they feel this way.

Plan some structured play dates for your child. You can begin with just one friend at a time and set a time limit. Later on, you can introduce more friends or increase the length.

Children with SCD may have trouble understanding your verbal or non-verbal cues. Try using visual aids to help set expectations or rules.

What You Need to Know About Social Pragmatic Disorder

If your child has social pragmatic disorder, there’s a lot you can do to help them develop their communication disorders. It’s important that you know what to expect–and get your child to a professional for a proper diagnosis and treatment plan.

Looking for more resources to get your child on track? Contact us to learn more about speech therapy.