This is true for the 40 million Americans who suffer from communication disorders–articulation disorders ranking high on the list.

Articulation disorders (Speech Sound Disorders-SSD), are disorders that affect the form of speech sound. In children, it’s the inability to physically produce a sound or sounds.

Questions loom about the history, the cause, and the treatment of articulation disorders.

So, here are 8 frequently asked questions about Articulation Disorders.

Where Do Articulation Disorders Come From?

The exact origin of disorders that affect articulation is unknown. However, there is a link between genetics and environmental influences that impact the way a child speaks.

Children should be able to pronounce all sounds of the English Language properly by the age of 8.

Genetic syndromes such as developmental and learning disorders, deafness, and autism disrupt articulation.

Constant changes in a child’s surroundings like excessive moving also affects the way he or she articulates.

Are Speech and Language Disorders the Same?

There is a difference between speech disorders and language disorders.

To understand this is to know the difference between speech and language.

Speech is to communicate or express thoughts in spoken words.

Articulation (speech) disorders are the inability to produce the sounds that create these spoken words.

Language is words and their pronunciation by methods of combination used and understood by a community.

Language disorders are the inability pronounce the words used and understood by that same community.

Understanding the difference between the two can help a caregiver decipher the type of treatment a child requires.

What Are the Signs My Child Has One?

Children affected by articulation disorders express them in different ways.

A child could relay articulation issues by distorting and deleting sounds, and by substituting and adding sounds.

For example, instead of saying “car”, a child might say “ca”. Or they might say “stupaman” instead or “Superman”.

Another example is if your toddler is still babbling. A babbling toddler has missed a speech milestone, which is an indication of an articulation disorder.

If your toddler reaches a certain age and they are still leaving out important consonants in words, this is another sign.

Paying attention to the way a child speaks could help with early detection of an articulation disorder.

Should I Worry If I Don’t Understand My Toddler?

Making your child’s speech a priority is important. However, caregivers should not be alarmed if a child does not articulate every word in the dictionary early.

Babbling is a key milestone in the development of a baby’s speech. It’s a baby’s first attempt at articulation.

As they grow, their language grows. Toddlers should be able to speak at least 20 words at 18 months and at least 100 words by 24 months.

Caregivers should only alarm themselves if their child has not met these milestones.

Do Girls and Boys Develop Speech at Different Speeds?

Children develop at different speeds. Although, it is possible for one sex to develop speech faster than the other.

This scientific theory is based on the effect that testosterone has on the speed of speech for boys. Because of testosterone, boys typically take longer to develop speech and language.

Becuase the origin of speech disorders is unknown, there’s no clear way for caregivers to prevent articulation disorders.

Caregivers can help develop their child’s language by getting an early understanding of key speech and language milestones.

Take them to a pediatrician. Pediatricians normally notice the first signs of missed developmental touchstones.

Recognizing when your child is not speaking the proper amount of words or making the proper sounds to form words at a certain benchmark, can help caregivers get a jump start on helping their child improve their speech.

Shouldn’t the Pediatrician Be Able to Detect a Disorder in My Child?

The American Academy of Pediatrics advocate for the early detection of developmental issues in preschoolers.

They equip pediatricians with the tools they need to perform early childhood screenings that determine if children are on track with their development.

Pediatricians should recommend speech therapy to children with speech and language concerns and refer them to a Speech-Language Pathologist.

How Do I Help My Child?

There are several actions a caregiver can take to assist a child with an articulation disorder.

There are approximately 325.7 million people in America. Forty million of them don’t communicate properly.

A large percentage of them are children who suffer from symptoms such as stuttering, missed or omitted sounds, and other components of an obvious articulation disorder.

Babbling is a baby’s first attempt at forming sound. When a baby develops into a toddler they should be able to make multiple sounds that clearly resembles words. Those words become strings of words that make short sentences.

If you see your child isn’t making any progress at this point, it may be time to seek professional support.

Take your child to see his or her pediatrician. A pediatrician will able to recommend a speech-language therapist to assist you in getting your child back on track. 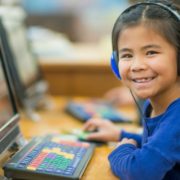 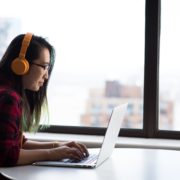 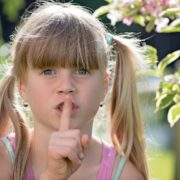 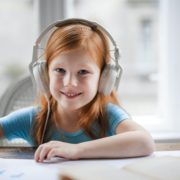 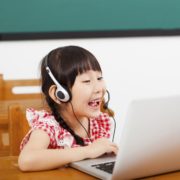 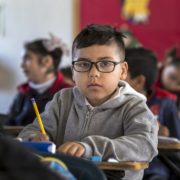 Does your child speak clearly? 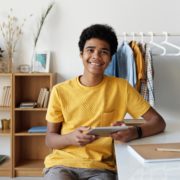 What's the Difference Between Apraxia and a Phonological Disorder? 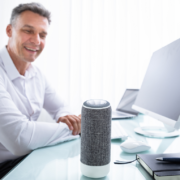