Stuttering, like most disorders, is widely misunderstood. Many people imagine that a person who stutters can simply try to slow down or take a deep breath and alleviate their speech problems, at least temporarily.

The issue is more complicated than that, unfortunately. We’re going to discuss a few stuttering facts today, debunking a few myths about stuttering that people tend to internalize.

Our hope is that, after reading this article, you can have a more informed approach to those who have stutters.

We’re going to begin by covering some common experiences and symptoms of those who have stutters.

Taking a look at the facts of stuttering before we examine the myths will help to give you some context as to why these myths might be damaging to people who are suffering from a speech disorder.

The causes of stuttering are still relatively misunderstood. We don’t know precisely why a person develops the disorder, but most individuals show signs of it before the age of 10.

Genetics may play a part, seeing as stutters do tend to run in family lines. The issue could also stem somewhere in a person’s neurology or their early environment. Stuttering is currently classified as a mental disorder by the psychiatric community.

This is a controversial fact. Many people think that the fact that stuttering is listed in the same category all mental illnesses furthers the stigma and misunderstanding attached to people who have speech difficulties.

Although a stutter may sometimes get in the way of a person’s ability to express ideas quickly, it has nothing to do with their intelligence. Stutters, along with most mental illnesses, are often seen as signs that a person is less intelligent or capable than another person.

We also have no reason to think that the disorder is caused by stress or anxiety, either. A common perception is that stuttering comes from a place of anxiety or fear, but we now know that stuttering is rooted in neurology, not stress.

This is unfortunate, though, because the simple fact of having a stutter may lead to anxiety and stress in social situations. The stigma attached to the disorder often places an undue burden upon the person suffering.

It’s important to note that there are no surefire ways to end, or even treat a stuttering problem. There are, however, ways in which you can improve and hope to alleviate symptoms over time.

A person with a stutter can hope to improve the efficacy of their communication, their fluency, and their ability to participate seamlessly in social situations. There are cases of people who have lost stutters and stammers as a result of different treatment methods, but those cases are the exception, not the rule.

Therapy can help a person to understand the situations in which their stutter gets worse or arises, as well as develop a positive sense of self-worth and confidence in the face of whatever ignorance their peers might have about the disorder.

Speech therapy aids in helping a person develop a natural speech pattern that improves over time. Speech-language pathologists may also prescribe a device that delays feedback and aid individuals in slowing their speech.

Now that you have a foundation of knowledge about stuttering, you can look more objectively at some of the myths propounded by people who don’t understand the disorder.

Before we get started here, try to get into the shoes of a person who stutters. The myths about stuttering tend to be belittling and short-sited. Think of a person who faces a lot of misunderstanding, stress, and anxiety about having a stutter and hasn’t thought to “just slow down a little bit.”

Telling someone how they could potentially fix their illness suggests that they haven’t put any thought into the problem whatsoever. Additionally, you forget that this person has heard the same tired lines about recover for their entire lives.

Ideas to Rid Yourself of Stuttering

So, with all of the above in mind, we’ll talk about some ideas you can shake out of your opinions of people who have stutters.

First off, stuttering has no connection to a person’s low intelligence. If anything, people who stutter may have higher IQ’s. The disorder comes from a person’s neurological makeup, environment, and genetics.

Those factors are unrelated to how smart or capable a person may be in this case. As a result of the factors above, people can’t develop a stutter by spending time with others who already have one.

Children with parents who stutter, for example, don’t develop stutters unless they inherit the trait genetically. This suggests that the illness, again, is internal and not affected by conditioning or how a person is raised.

Finally, we have to discuss the idea of critiquing a person who stutters. Unless you have a degree in speech pathology, psychology, or you yourself have a stutter, you should refrain from piping in on how a person can improve their illness.

The reality is that experts don’t fully understand the issue or know specific ways to cure stuttering. Making suggestions or implying that a person could just “do this” or “do that” only serves to damage their self-esteem. Our recommendation is to simply be supportive, hear out what the person has to say, and only give advice when it’s asked for.

We hope that these stuttering facts and myths have helped you understand the illness a little better.

You may want to know a little more, though. If you’re in need of extra information on stuttering, explore our site for more insight. 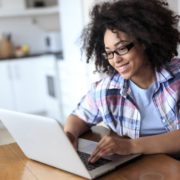 A Complete Guide on the Link Between ADHD and Stuttering 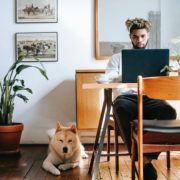 How To Stop Stuttering When Nervous 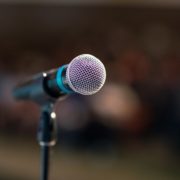 The King’s Speech is a Common Problem 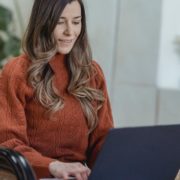 What is the Difference Between Stuttering and Stammering? 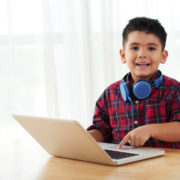 What Causes Stuttering and How Can You Improve It? 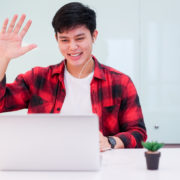 7 Easy-To-Follow Tips That Will Help You Stop Stuttering 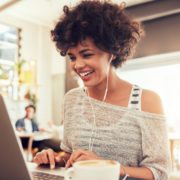 Don't Let the Stutter Win: How to Overcome Insecurities About Your Stutter

The Important Role of TBI Speech Therapy in Treating Concussions

Social Pragmatic Disorder: What you Need to Know About It
Scroll to top